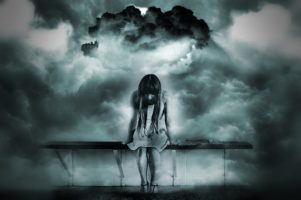 As a woman, your hair plays a big part in your identity. Therefore, if it starts to fall out or become significantly thinner, it’s understandable to worry. However, did you know that worrying about hair loss only makes the problem worse?

Female hair loss is actually really common, but few are willing to actually talk about it. There has been an increase in the number of celebrity and influential women who have spoken out about their own experiences, but generally women are ashamed to admit the problem.

Why are women ashamed of hair loss?

Hair loss is considered completely normal when it relates to men. However, for women there’s a huge stigma surrounding the issue. Most would rather worry in silence, trying to look up potential solutions online than talk about the problem with their doctor.

The trouble is, there are many reasons why the condition can occur in women. So, the majority of treatments you try out may not work. Take traction alopecia for example. Caused by the tight hairstyles, extensions and heated appliances which pull the hair at the root, medications can prove effective at eliminating the problem, while hair loss shampoos won’t do anything.

Alopecia areata is the more severe hair loss condition, sometimes causing all of the hair on the body to fall out, to which there is currently no cure. So, no amount of hair loss products will help to combat the problem. Instead, wigs, or SMP treatment would be the best option.

The takeaway point here is that if you don’t talk about it and you do try to suffer in silence, you’re less likely to treat the problem.

Treatment is much more effective than worrying in silence

With so many different treatments available, there’s no reason to risk making the condition worse. The main thing to remember is that you’re not alone. Approximately 40% of women suffer with hair loss at some point so it’s more common than you might think.

It’s really important to seek advice from a hair specialist before embarking on any course of treatment. They will be able to prescribe the best form of treatment to solve your hair loss worries.