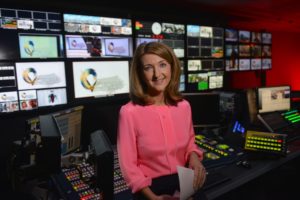 Popular BBC presenter, Victoria Derbyshire, has opened up about the devastation of losing her hair. The star was talking about her experience with fighting breast cancer and revealed losing her hair was actually worse than losing her breast.

In a series of videos, Derbyshire documented her journey and said losing her hair due to chemotherapy made her feel powerless.

Highlighting the devastation hair loss can cause

Derbyshire isn’t alone with how she felt when she started to lose her hair during chemotherapy. There have been surveys carried out in the past which have revealed some women would even go as far as choosing a less powerful dose of chemotherapy to keep their hair even though it may not work.

While many women choose to shave their head once the hair starts to fall out, Derbyshire revealed she couldn’t bring herself to do it. She was determined to hold onto what little hair she had left, even though it made her feel grotesque.

Although she admitted losing her breast was traumatic, she revealed losing her hair was worse because without hair, you simply don’t look like you anymore. Her hair has since grown back and thankfully the chemotherapy did work. However, it does highlight the trauma women go through when they lose all of their hair.

Are there treatments available for chemotherapy related hair loss?

The majority of women who undergo chemotherapy do lose their hair. The severity does differ depending upon the type and strength of the chemotherapy being used. It’s very rare this type of hair loss is permanent; however it can take a long time to grow back.

There aren’t really any treatments available, but there are ways to cover up the problem until it grows back. Wigs are the obvious cover-up solution, but some women also turn to SMP. This creates a shaved head look, which for some is better than total baldness.

Overall, the cancer diagnosis itself is devastating enough so it can come as a real blow to lose your hair too. If you are experiencing chemotherapy related hair loss, there are ways to cover it up and regain your feeling of positive self-worth.

How to avoid thinning hair

Is it true that hair falls out in Autumn?
Scroll to top