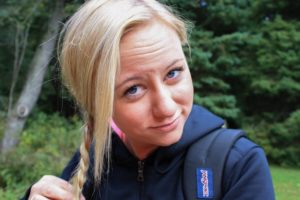 Our hairline is made up of some of the most fragile, finest and shortest hairs on our head however it is also where many women end up doing the most damage. As we style our hair and slick down the edges of our hairline with gel, braid these baby hairs back, brush and straighten them with heat-styling tools, we put our hairline at an increased risk of developing traction alopecia.

Traction alopecia is hair loss which occurs over a prolonged period of time, the hair begins to thin out as a result of prolonged stress on the hair follicles. This kind of damage is commonly seen on the hairline on our forehead. Figures suggest that one third of African American women alone are suffering from traction alopecia as they use styling techniques such as tight hair braids, extensions, chemical relaxers and wearing weaves which can put significant pressure on the hair follicles.

Traction alopecia is not just limited to black women, other habits such as pulling hair back tightly into ponytails and updos on a daily basis can also contribute to the development of this condition. Even if you think you’re avoiding hot tools or using wigs instead of extensions and weaves, habits such as wearing a hair wrap to bed can also be bad for your hairline as they can rub against the front hairline and weaken hairs.

This condition develops slowly therefore patients may not notice hair loss immediately. It can take time for changes in the hairline to become noticeable, be alert if you begin to see thinning in the hairline on your forehead and around the ears.

Sometimes warning signs for traction alopecia can be felt by the patient as tenderness in the affected areas. Other early signs can include short broken hairs by the balding area and small blisters or bumps on the scalp. Rarely small pustules which look like whiteheads can also arise around the balding area on the scalp.

How To Stop Traction Alopecia From Developing

The best way to stop traction alopecia from developing is through preventive measures. Avoid wearing your hair in the same tight styles on a daily basis; allow your hair to rest by wearing it open and natural.

Treatment with medications such as Minoxidil applied topically could help to regrow the hair if it is not too late. If traction alopecia is not treated early on, hair loss can be permanent.

Hair Loss – Turning A Negative Into A Positive