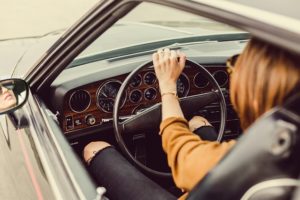 Many women feel that their hair plays a large role in their identity and overall appearance; in fact many won’t be able to imagine how it feels or what it would even be like, to live without their hair. Most women who suffer from alopecia have no other option and have learnt that having no hair at all is a reality.

Bianca Young, a forty two year old woman from Australia suffers from alopecia and has been bald for the last two years. She wants to normalise the idea that all women don’t necessarily need to look a particular way in order to be beautiful. She describes the time she lost her hair as a traumatic and stressful period in her life. Losing her hair had a massive strain on her psychologically and emotionally, along with the idea that she was losing her femininity as she was losing her hair.

The Importance Of Accepting Alopecia

Whenever Young walked down the street, she would attract attention and people would often want to know what her story, or reason for being bald is. Although she admitted there have been difficult moments where people are unkind, or offer pity, she’s finally chosen not to interact much now with strangers who offer her such responses. In response to all the attention, she has accepted her condition and managed to become much more confident with herself.

Young is the Queensland ambassador for the Alopecia Foundation of Australia and works with young children and teenagers who are suffering from alopecia. Although Young is happy and comfortable with herself, regardless of how she looks, she admitted that many of the people she meets feel like they should be living in shame or secrecy. She hopes to be able to help to build a society in which everyone has a base of self-worth that they can grow from. Although alopecia is not that common of a condition, it should be normalised and sufferers should not be made to feel as if there is something wrong with them.

How To Naturally Stop Shedding
Scroll to top