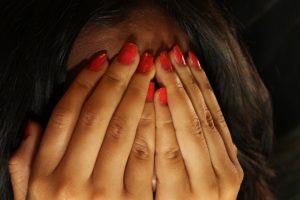 A forty six year old woman who has suffered from hair thinning since she was in her twenties has undergone a hair loss solution procedure and has finally gained her confidence back. Mehtap Francis spent a seemingly endless amount of money over the years in an attempt to conceal a large circular patch of hair loss on the top of her head.

Francis previously relied on hair patches that her hairstylist would glue onto her scalp every month. Yet these caused her scalp to itch and even a constant dull ache began to develop, making her balding worse. The hair piece even affected Francis’s lifestyle as washing hair became difficult, leading to Francis giving up going to the gym and consequently putting on weight.

Unfortunately, as she was so self-conscious of her hair loss that she refused to even tell her partner in the beginning of their relationship that she was suffering from androgenic alopecia. as her partner would suggest that they go on a holiday somewhere, Francis even contemplated breaking up with him so that she would not have to reveal her condition and true appearance to him.

Eventually Francis discovered Scalp Micro Pigmentation (SMP) and is finally feeling confident in the way she looks after twenty years.

Scalp Micropigmentation SMP is a non-invasive technique which works by using a fine needle to implant pigment in tiny dots into the upper later of the skin on the scalp. This imitates the appearance of a freshly shaved head, suggesting that the individual has natural hair growth.

In the case of Francis, SMP made her hair look thicker and denser as her scalp no longer showed through from the hair growth she did have. The technique has become increasingly popular amongst women also in the last few years for this particular reason.

Working Out To Lose Weight, Not Hair!