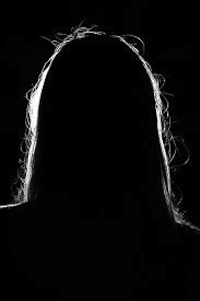 The Daily Mail recently told the story of Stephanie Giorgi, a 27 year old TV presenter who was sexually assaulted by a cab driver. As if this experience wasn’t horrendous enough, because of the stress she suffered as a result of the attack, she started to lose her hair not long after the incident until only about a quarter remained. She felt she had little option then, other than to shave the remainder off.

In Stephanie’s case she most likely developed alopecia areata. This is a condition which can strike at any age and results in patchy hair loss that can eventually lead to complete baldness.

Alopecia is an auto immune disease where the body’s immune system literally attacks healthy hair follicles, mistaking them a foreign invader like a virus.

The condition can be triggered by a number of environmental factors and there is substantial evidence to suggest that severe stress is one of these triggers. Of course, it’s easy to get into a vicious circle with the original stress being further exacerbated by the sudden hair loss.

Alopecia areata isn’t the only hair loss condition that can be initiated by a stressful situation. Telogen Effluvium where hairs go into a resting state and can then fall out whilst brushing or trichotillomania, where the sufferer has an irresistible urge to tear their own hair out can both be the result of significant stress.

At least for Stephanie she found some comfort in the decision to shave her hair off, returning some control and normality to her life. In her words, “when I shave my head I could breathe again, I could. It was gone and it was like the bad times were over”.

There is reason to be hopeful too, as the condition isn’t always permanent and often the hair can completely grow back in time.