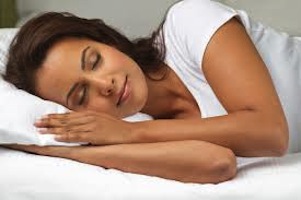 Hair loss is typically considered as something that affects men, and receding hairline in women is not something that is commonly acknowledged as a problem.

While men are often the recipients of hair loss worries and concerns, there are actually many different types of hair loss. Some of these are medical, while others are caused by environment and lifestyle choices. Some of these do primarily affect men, but others are equally likely to affect women – especially some that are caused by environmental (rather than medical) factors.

What tends to cause receding hairline in women?

Some hairstyles put pressure on hair follicles which can cause damage to the follicle and eventually patches of hair loss. Styles such as braids, corn weaves, tight pony tails, hair extensions and ‘ballerina’ buns can result in a condition called ‘traction alopecia’ and can lead to receding hairline in women.

Traction alopecia tends to occur when the hair has been under stress for a prolonged period of time and the hair follicles have been forced to experience unnatural pressure. If the problem is identified quickly and you ease off the styling, this is often temporary, but if you ignore it then traction alopecia can be permanent.

Although very popular, some of the more effective heat styling treatments that are available in salons can also have a negative effect in the longer term health of your hair follicles. Treatments such as chemical relaxants work to ‘relax’ tight, curly hair, to make it straighter and easier to style.

The problem with this type of treatment is it can strip the hair of its natural oils, making it brittle and susceptible to breakage. You’ll notice that when hair is brushed, short strands snap off, rather than hair falling from the root. This is known as ‘traumatic alopecia’ and can lead to receding hairline in women.

It is something that most women overlook, but something as simple as the material your pillow is made of can affect your hair. If you’re waking up to find lots of hair strands on the pillow, then consider changing the fabric of your pillow case.

A cotton pillow will draw out moisture and natural oils from your hair while you’re sleeping, whereas materials such as satin are much more gentle to your hair and actually help your hair retain its natural moisture.

Growing up with severe hair loss