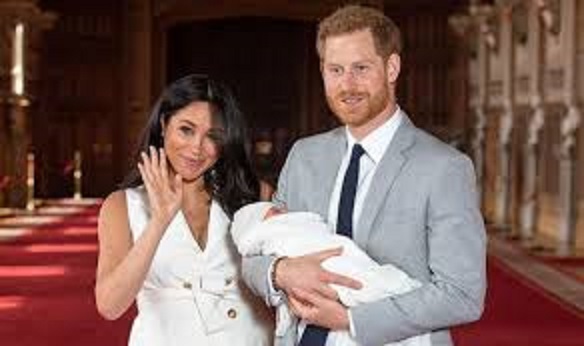 After the media’s joyous frenzy of greeting the latest addition to the British Royal family line, the state of new father Prince Harry and his hair has come back into the spotlight.

Losing your hair as a young man is never fun. Even when you know it is coming. For Prince Harry, the sight of his fathers bald head, and that of his elder brother will have told him that his own hairline was surely under threat and probably sooner rather than later.

Unlike the majority of us, who can wander around oblivious for months before noticing it for ourselves, the demise of Prince Harry’s hair was definitely noticed. Picked up on by paparazzi photographers and discussed in the national press, he became fair game for the full range of jokes at his expense.

By the time Harry married Meghan he was already exhibiting the signs of fairly advanced hair loss. At a stage where you might say he had already left it too long to seek professional help.

Within a year, the couple were celebrating the birth of their first child, Archie. With Uncles and Cousins ahead of him we are extremely unlikely to see him become King Archie, and his parents have announced, unusually, that he is to be given no formal title at this point.

The shift into married life is always a profound one. For Harry, it meant taking on a range of official duties in addition to the usual newly married jobs of finding somewhere to live, settling in, etc. It could not be helped that Archie arrived at a busy time in the Prince’s schedule, just before the launch of the next Invictus Games… His pet project aimed at providing sports opportunities to injured ex-servicemen and women from around the world. Coping with this workload, that amount of change and a newborn has clearly taken its toll

The noticeable hair loss of a year ago, at his wedding, has accelerated rapidly. The bald patch at the crown is now several inches across and it is possible to identify the entire thinning region. It looks destined to leave him in a similar condition to his brother within the next year or two.

No doubt Prince Harry’s stiff upper lip would save him if he were the type to suffer through that aspect of his appearance. Which we very much doubt. At the same time, he might simply take the view that hair loss treatments are not an option for a senior member of the Royals.

Jonathan Ross, a UK chat show host, once said, “Being a TV celeb adds 3 to your out of 10 factor. So if in real life you are a 5, being on TV regularly can bump you up to an 8.” We have no idea what the “being a royal prince” boost is worth on that scale, but we suspect it is more than enough for Harry not to have to worry too much.