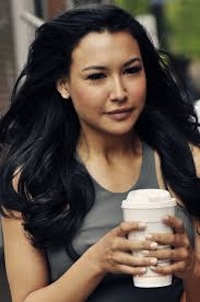 Pregnancy can be a wonderful thing for your hair. Once the hormones start to kick in many women begin to notice their hair becomes, thicker, glossier and just generally much healthier. The downside is that it’s strictly temporary and a couple of months after giving birth it will have reverted to its normal state and in some cases actually deteriorate further, resulting in the dreaded post-pregnancy hair loss.

This was the experience of the 30 year old former Glee star, Naya Rivera who recently opened up to the Mail about the problems she faced with her hair after giving birth to her son Josey 18 months ago.

Post-pregnancy hair loss is actually relatively common. It’s caused by the body readjusting the hormone levels after the pregnancy. Normally the scalp sheds around 100 hairs per day but whilst pregnant this tends to stop completely.

Two to three months after giving birth (sometime longer if breastfeeding) the body re-adjusts itself and all those hairs that should have fallen out can drop out in clumps. Because the shedding isn’t always even sometime this can result in bald patches.

“I made the problem worse…”

In Naya’s case she had general thinning, but for a celebrity who is so reliant on looking good this was something of a shock and it also affected her confidence. In a bid to get things back on track she decided to highlight her hair but in her own words “I made the problem worse and paid the price for that”.

Generally, with post-partum hair loss you just need a bit of patience and let everything settle down. Normally by the baby’s first birthday the hair has reverted back to the pre-pregnancy state and the shedding becomes a distant memory. That’s certainly Naya’s experience. She’s consigned the hair loss misery to the past and is gleeful again.