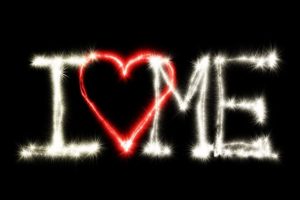 Kim Starling from Fakenham has shared her inspirational story and opened up about her experiences of living with and accepting her diagnosis of alopecia with students at Sheringham High School.

Starling who owns a florist shop and greengrocers woke up one day and found that she had lost almost thirty percent of her hair overnight. This happened last year and within a month her remaining hair, including her eyelashes and eyebrows was also lost.

She explained to students that she had been going through a stressful period in her life with her work and was expecting that she could go to the doctors and be offered a treatment which would reverse the condition. Unfortunately she discovered that she actually had alopecia universalis – the most severe form of alopecia in which sufferers lose their hair completely on their body and scalp.

Understandably Starling was shocked yet continued with her work, the reality of her condition set in when she had a female customer come into her store who was completely bald. After crying it out, Starling bravely began to embrace her lack of hair and tried to see the positive side of it all. She decided to accept that it was unlikely her hair would grow back and realised that people don’t actually pay as much attention as she thought they did.

Members from the school council ran events which included a talent show, a football tournament amongst their teachers and eating contests. They proudly presented their cheque to Starling who praised their efforts of not just raising money, but also raising further awareness alopecia.

Traction Alopecia – How To Spot It And Stop It

Fashion can damage your hair
Scroll to top