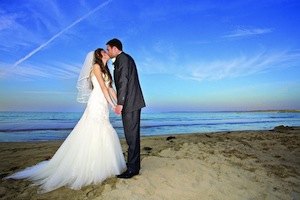 Whilst hair loss is generally regarded as the preserve of men in their 30s and beyond it can also strike women of any age and the results can often be devastating to self-worth and confidence. Causes of hair loss in women can include anything, from female pattern hair loss to trichotillomania.

Trichotillomania is a relatively rare cause of hair loss in men and women, that until recently has been difficult to treat.

Lucina Ellery, a leading hair loss specialists defines trichotillomania as, “an impulse control disorder that’s considered to be genetically predisposed…It is an irresistible urge to pull out your hair and the aim is to calm you down, there will be evidence of hair loss from repeatedly pulling.”

A recent article in the Daily Mail tells the story of Ruth Sweet, who had suffered from the condition since she was 14 after witnessing her parents get divorced. The compulsion had become so bad that she became almost totally bald and was forced to wear a wig to regain some degree of self-confidence.

The story has a happy ending for Ruth as she managed to effectively combat the condition by paying for a pioneering new trichotillomania treatment, the Intralace system which she highly recommends.

How the treatment works

The system is constructed from a breathable mesh, which contains human hair and is integrated into the existing hair. It works simply by covering up and protecting re-growing hair, preventing the wearer from feeding their compulsion.

Whilst the treatment wasn’t available on the NHS for Ruth and actually ended up costing her £2000 she had no regrets saying, “The intralace system has been worth every single penny, I can’t recommend it enough.”

With regained confidence in herself Ruth finally felt she was able to agree to marry her fiancé Josh and stepped down the aisle with him with beautiful long hair.

When baldness is beautiful

Using my hair loss to help others
Scroll to top