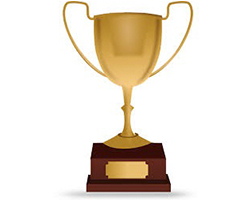 The founder of a cancer-related hair loss charity, Jasmin Julia Gupta, has been nominated for the Charity Champions category of the 2016 Comet Community Awards. After working tirelessly to help those who have lost their hair due to cancer treatment over the past 10 years, Jasmin’s friend Polly O’Brian decided she was more than worthy of the award and nominated her to recognise her hard work.

A hair loss heroine with tireless passion and energy

Jasmin set up Cancer Hair Care back in 2006. In order to help as many people as possible, she has managed to overcome numerous obstacles that would have stopped most people in their tracks. The charity offers free hair care to those battling with cancer and was actually started on Jasmin’s kitchen table.

Jasmin gave up a lucrative career as a hairdresser to start the charity. Over the 10 years the charity has been running, she has managed to help thousands of cancer sufferers. Offering not just hair care products, but cutting hair, styling their headscarves and even just being a friendly shoulder to cry on.

The charity has recently suffered a funding crisis and was burgled in 2015. Despite this however, Jasmin has remained upbeat and has put everything into making sure it doesn’t go under. It is this passion and drive that led to her school friend Polly and the rest of her dedicated team, to nominate her for the award.

Jasmin, however, says she is embarrassed to be getting the personal recognition as the whole team is responsible for the amazing work that they do.

Cancer-related hair loss can be devastating for women

Cancer is a very difficult disease to battle. Not only do you have to go through the excruciating physical issues that come with the condition, but hair loss can be a serious blow to women. BBC presenter, Victoria Derbyshire, has recently spoken out about how difficult it was to lose her hair after chemotherapy.

She covered the hair loss for months with a wig, but has decided she’s now ready to talk about her battle. Losing your hair can be a traumatic experience so charities like the one set up by Jasmin, really help to give back some of that confidence that is so cruelly taken away.

Hair ageing – an expert reveals how to spot the signs of ageing before they...