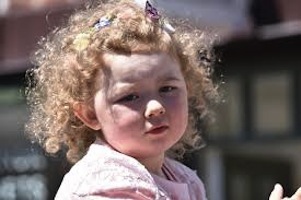 It’s often said that your hair mirrors your life – the highs and the lows, achievements and stresses. Journalist and former editor of Company, Cosmopolitan and She magazines, Linda Kelsey took to the Daily Mail to jot down her personal story.

Linda mentions the tight curls of her primary school days when she experienced the effects of playground jibes when a fellow pupil called her curls ‘silly.’ Linda also chronicles her self-conscious teen years when she tried to copy the craze for poker straight hair by dampening hers and flattening it with an iron, aged 17, or weighing it down with metal clips overnight that would leave her with marks across her cheeks the next morning.

She recalls her late teens when she discovered discos and the steam from the nightclubs or damp weather would cause her hair to get frizzy.

The hair of her twenties was marked by a short cut and later a hideous perm to follow her life change of getting divorced. She later noticed her first greys and how her locks improved during pregnancy in her thirties.

Post-pregnancy shedding followed, as did root touch ups every four weeks and a habit of over-lightening until it looked a shade of green!

Stress from a marriage breakdown caused excessive shedding after 2008 and she decided to try extensions. That’s what caused the telogen effluvium, or shedding and bald spots. It grew back, but not the same.

In many ways, shes is a typical woman. Shedding is often caused by life stress and challenges or styling choices.
On reflection Linda says she tried and failed to go grey gracefully and spent a fortune on products. She is part of our hair-obsessed society, where people spend thousands on products to help improve their locks.

Her journey showed the effects of lifestyle changes on hair health, most noticeably stress which can cause conditions such as alopecia areata, as well as styling which can cause damage (extensions, too much bleach etc). There are things that can be done to ease the problems, but your hair really can reflect your lifestyle!