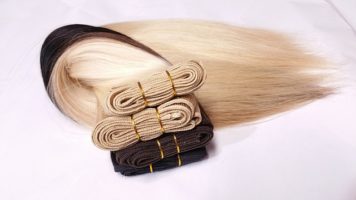 Geordie Shore star Sophie Kasaei, has become the latest female star to open up about her experience with hair loss. The brave 27-year-old posted a video of her significant bald patches, which she claims have been caused by extensions. She’s hoping her devastating experience will help her fans avoid making the same mistakes.

Give your hair a break

Kasaei is well-known for her long, luscious locks; something she’s been really proud to show off. Like many women, she turned to extensions to give her hair a thicker, fuller appearance.

These days, there’s a lot of pressure placed onto women to look their best. It’s all about fake hair, fake eyelashes and fake tan. However, it’s no coincidence that the rise in hair extensions has also seen a significant increase in the number of women suffering from hair loss.

The video Kasaei released is shocking, but it’s all too familiar for many women. Sadly, there just isn’t enough information out there to highlight the dangers of hair extensions. So, the star is hoping her young fans will take notice of the dangers and avoid experiencing the same devastation.

Hair loss caused by hair extensions is referred to as traction alopecia. So, what exactly is it and how can it be treated?

Traction alopecia occurs when the hair shafts are placed under constant pressure. As the shaft is pulled, it can end up causing damage to the hair follicles. Over time, if the problem isn’t addressed, it can lead to permanent hair loss.

Tight-fitting hairstyles, extensions, heated appliances and strong chemicals such as hair bleach, can all contribute to the condition. It usually affects the hairline, with hair loss occurring around the temples, or the front of the scalp. If caught early enough, the hair loss may only be a temporary problem. So, the earlier you seek treatment, the more chance you have at combatting the condition.

Overall, it’s great to see stars from programmes like Geordie Shore opening up about their hair loss struggles. More awareness is needed to let girls know about the dangers of popular, modern hairstyles. If you are suffering from traction alopecia, the earlier you seek treatment, the higher the chance you have of stopping the hair loss in its tracks.

Worrying About Hair Loss Only Makes it Worse