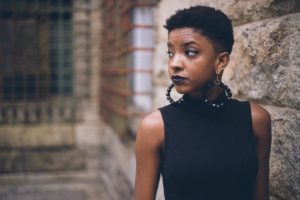 According to a new study, there is a potential link between uterine fibroids and hair loss in black women. The kind of hair loss in question is known as central centrifugal cicatrical alopecia (CCCA) and is a form of permanent hair loss, which has been noted to affect black women more than any other group.

Uterine fibroids are benign, uterine tumours which can cause heavy periods and even some fertility complications, this condition is also known to disproportionately affect black women however the reason why is still unknown.

The study was published in late December and analysed medical records of four hundred thousand black women, the study found that almost fourteen percent of these women with CCCA also had a medical history of uterine fibroids. Those who did not have CCCA, appeared to have fibroids three percent of the time.

The National Institute of Health has estimated that up to seventeen percent of black women suffer from CCCA. One doctor has explained some of the potential reasons why she believes black women are more likely to be diagnosed with the condition. Firstly it is well understood that those of African descent are more prone to medical conditions which cause scarring, such as keloids and uterine fibroids. Therefore as CCCA is a scarring type of alopecia, patients are more likely to have a genetic predisposition to the condition.

It is important to point out however that the study only presents a correlation between CCCA and uterine fibroids; there is no evidence to suggest that one condition is responsible for the cause of the other. The cause of the link between the two conditions is currently unclear.