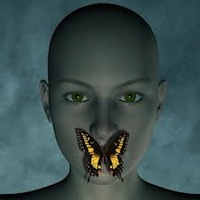 Hair loss is a more common for women than most people think. Although it’s nowhere as prevalent a problem as it is for men the statistics are still quite surprising. It’s estimated that one in four women suffer from some form of hair loss, including female pattern baldness, and that rises to 50% over the age of 65.

Blame it on the bald gene

There are many reasons for female hair loss ranging from autoimmune conditions, to stress. One of the most common forms is female pattern baldness which is also known as androgenic alopecia or more colloquially, the “bald gene”.

As the name suggests the condition is hereditary and can be passed on by either or both parents. It usually starts to manifest itself after some kind of hormonal change, so possibly the onset of the menopause of after giving birth and is the result of higher rates of testosterone than normal or a lack of oestrogen to combat the effects of the testosterone.

Whatever the cause the effects can be truly debilitating for women, with a profound psychological impact. Cheryl Baker, ex-Bucks Fizz performer and TV presenter recounted how she struggled with hair loss on the Victoria Derbyshire programme,

“You’re in disbelief in the beginning. I have shed a lot of tears. It was such a distressing thing to go through. I bought hair pieces, wigs and hats and stopped appearing in public because I felt ashamed of myself.”

Unfortunately, the treatments are limited and there really is no cure for female pattern baldness. There are compounds to rub on the scalp such as Minoxidil, which can slow down or stop the shedding but it has to be continuously used or the hair loss will carry on as before. Also, many women decide to go for a hair system or wig.

One option is to simply accept it and take control of the situation by shaving it all off. There are plenty of examples of women who’ve done this and described it as empowering and have seen their self-esteem and confidence return after a long period of depression.

What not to do if you have thinning hair