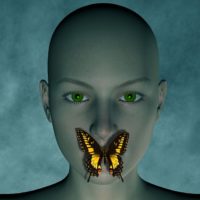 American model and actress Emily Ratajkowski has faced a backlash after posting an image on Instagram and announcing that she is the new spokesperson for the luxury hair care company, Kérastase Paris. The trouble came as she captioned the image with “Hair is a fundamental part of beauty, femininity, and identity. So excited to announce that I am the new face of @kerastase_official!”,

Many of her fans and people who had viewed the caption online expressed their anger and shared comments about how it could be negatively interpreted towards women who have lost their hair as a result of illness and genetic medical conditions.

Others felt that the model meant no harm and was simply trying to promote the product and luxury hair care brand. Yet shortly after sharing the image and receiving divided comments from her social media followers, Ratajkowski changed the image caption to read “So excited to announce that I am the new face of @kerastase_official ! Welcome good hair days!”

How The Brand Responded

Kérastase Paris also spoke out and responded with a public apology clarifying that they did not mean to suggest that beauty is defined by your hair. They stated that they feel that beauty is much more spiritual, coming from within and that everyone is uniquely beautiful in their own way. The brand concluded by thanking the public for speaking out and challenging the idea that ‘hair is a fundamental part of beauty’.

Although the move was initially quite insensitive coming from Ratajkowski, she did respond to public outcry immediately and respectfully which has no doubt reclaimed some of her fan following.

Remember, beauty is not something which can be so easily defined or attributed to a particular feature such as hair, skin colour, body size or facial features. Beauty is definitely something completely unique to each of us and comes in multiple variations and is much deeper and more complex than what meets the eye.  If you are suffering from hair loss and would like to talk in confidence to an expert about the problem then please don’t hesitate to call us on+44 (0)845 359 2915  for a free consultation.