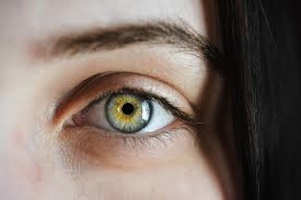 Yes, eyebrow wigs do actually exist! A demonstration of the products (which cost between £20 and £100) by makeup artist Hung Vanngo on Instagram recently attracted a slew of outraged comments, suggesting that this really was a step too far in the name of vanity. One deeply affronted internet user tweeted “Eyebrow wigs? No. No. No. No. No.”

The truth is that not everyone is up in arms though and, although the eyebrow wigs (which are made from real human hair) are a relatively new thing, there is already a well-established eyebrow restoration industry.

Minoxidil is a topical compound that’s more commonly used on the scalp but is increasingly being prescribed for eyebrows whilst it’s also possible to have brow restoration surgery. This procedure works in much the same way as a standard hair transplant with healthy follicles being migrated from one area to replace dead or damaged ones elsewhere.

There’s also the option of microblading where realistic looking fake eyebrows are created by injecting organic pigments in a procedure similar to the increasingly popular Scalp Micropigmentation.

Eyebrow loss can have a profound effect on your appearance

Eyebrows can be lost or damaged for various reasons from cancer treatment to basic overplucking. Alopecia can also strike at all body hair without warning. The loss of eyebrows may superficially seem like a relatively trivial issue but their disappearance can how a profound effect on an individual’s appearance, resulting in a lack of confidence and a lowering of self-esteem.

So, whilst the concept of eyebrow wigs may seem a little too far for some people the reality is that the eyebrow restoration industry is generally growing and in good shape. The word on the street is that the wig is here to stay even if it is raising a few eyebrows on the internet.

Summer hair loss: why it happens and how to prevent it
Scroll to top