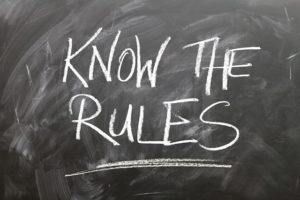 A fourteen year old student who was fundraising by donating hair to a wig charity, returned to school only to be put into isolation. The school went as far as saying that she must wear a headscarf until her hair grows back so it is no longer an ‘extreme’ hairstyle.

Niamh Baldwin donated her hair to The Little Princess Trust, a charity which provides free wigs to children and young adults who have lost their hair to cancer therapy or other medical illnesses. Baldwin not only selflessly donated her hair, she confidently shared her own photos online captioning that ‘my hair does not define who I am as a person’.

Although her mother and friends were extremely proud of how courageous Niamh was, the school ended up making Niamh feeling self-conscious and placed her in isolation saying her hair needed to be one centimetre longer in length. Niamh has previously had outstanding feedback and reports from her school and is praised for being polite.

The school still defends its position and says that the school policy is ‘very clear’ on shaved haircuts. The academy principle claims that the family should have contacted the school before taking the decision and that they would have even suggested an alternative fundraising solution. Niamh is still being asked to cover her head with a headscarf until her hair grows back.

In case you are considering donating hair to The Little Princess Trust, you are asked to wash and dry their hair beforehand. The charity accepts all kinds of hair – straight, curly, thick and thin, it can also be previously dyed but can only be accepted if it is of a natural colour.

Donors should tie their hair in a ponytail just below where they will be cutting the hair and also at the bottom. This is so that it is all hair is neatly gathered and can be easily used to make a wig for a patient. The hair should then be placed into a clear, resealable bag and sent in a padded envelop to the charity.  It might be worth checking the school rules first though