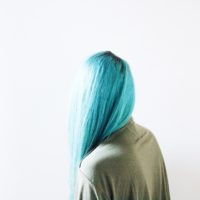 Could cheap hair dye cause your hair to fall out? According to Jenniffer Brown a 21-year old mother of 4 from Harborne, it can.

The young mum was distraught after using a cheap Superdrug brand hair dye after her long, healthy locks suddenly fell out.

The problem started the morning after Brown used two boxes of Superdrug hair dye, priced at just £4.49. She’d previously used the same dye with no problems, so thought nothing of using two boxes.

However, the next morning as she brushed her hair, she noticed clumps were appearing on the hairbrush. She washed it again thinking maybe she’d left some conditioner in, but when blow drying even more fell out.

After contacting Superdrug, Brown was instructed to send before and after photos, which she did. Then, after apologising the company offered in-store vouchers as compensation. It took a long time after the initial complaint for them to actually offer a refund.

What was worse, was the fact it took five years for Brown’s hair to grow back. She had to have her hair cut shorter to hide the damage caused and she feels the company couldn’t care less about her experience; leading her to speak out in the hope of making others aware of what can happen.

While Brown’s is a rare case, it isn’t actually unusual for hair dye to lead to hair loss. This is especially true if bleach is over-used. Many women are discovering over-styling and dying is causing hair loss and hair thinning. It is worth noting cheap hair dye isn’t necessarily any worse than more expensive brands and a patch test should always be carried out before the dye is used over the entire hair.

It is usually temporary and the hair will eventually grow back. However, as Brown’s case highlights, it can take years to experience full regrowth. So, if you’re looking to avoid suffering the same experience, limit your use of hair dyes and other hair styling chemicals.

Former bulimia sufferer offers tips on how to regrow your hair

Hair tips from all around the globe
Scroll to top