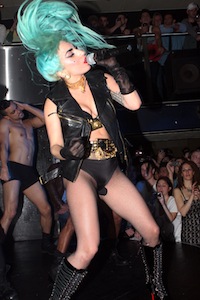 Have you ever wondered how celebrities achieve shiny, healthy looking locks despite constantly changing their style? Bleaching and colouring is well-known for causing significant hair damage over time, so how do celebs manage to escape it? Below we’ll reveal the top celebrity hair loss secrets…

When you see celebrities flaunting long, platinum blonde locks, bleaching might not be responsible. Many celebs have learned the hard way that bleaching can literally ruin their hair, damaging the cuticles and resulting in split ends, breakage and hair thinning. So, to avoid this inevitable damage while staying on-trend, they’ve discovered the benefit of wigs.
To underline just how A list celebrity hair loss has become, Keira Knightley has become the most recent celeb to open up about her hair struggles. After years of dying it, she noticed her hair had become significantly damaged and had started to fall out. That’s when she discovered how helpful wigs could be.
Many other celebs are rumoured to use them too, though if you want the same natural looking effects, it’s going to cost you! The majority of the natural looking wigs you see are front-lace designed. These tend to be particularly expensive – something celebrities don’t need to worry about! They’re created from real human hair and have a transparent cap so you see right through to the scalp. From a distance, they’re hard to detect as being fake!

Some celebrities have resorted to other methods to cover up their thinning hair. Extensions were particularly popular at one time. However, as they sadly discovered, extensions can actually cause further damage. It depends upon the technique used, but certain types of extensions can pull at the hair, causing traction alopecia – one of the main culprits when it comes to celebrity hair loss.

Of course, if you’re not rich enough to invest in the realistic looking front-lace wigs, the secret to getting healthier hair is to leave it alone! Bleaching in particular should be avoided at all costs.

Could your workout be making you bald?

Girl posts bald picture of her sister after claiming she mistook hair removal...
Scroll to top