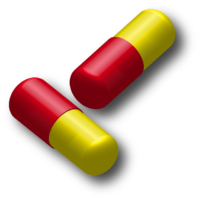 Hair loss comes in many forms but it is always unwelcome.  For some women, it occurs after pregnancy as the body rebalances its hormones but thankfully this is usually temporary and short lived.  In others alopecia areata can strike at any time, sometimes causing bald patches and even occasionally total loss of body hair.  Many women suffer from Female Pattern Baldness or Androgenic Alopecia which generally strikes in middle age but can also affect younger people too.

In the case of Kimberly Nissen, 31 she found that she was shedding hair as a result of “Blogger’s burnout” as she described it to the Daily Mail.  Initially thinking she had traction alopecia brought it on by heat, vigorous brushing and tight hairstyles she changed her grooming habits but it didn’t seem to make any difference.

After speaking to her GP she realised that the condition could actually be related to an underlying medical condition, anaemia where the body has a lack of iron.  In Nissen’s case she blamed the iron deficiency on the stress of her work which became unbearable. “When I had my mental breakdown, I stopped eating appropriately,” she explained “Actually, I stopped eating altogether for long periods of time. The result was my anemia coming back and I ignored it.”

A word of caution

In her case a simple iron supplement, taken daily over the course of a month resolved the problem and her hair quickly returned to its pre-stressed state.  A word of caution though, iron supplements will only help with hair loss if the body is low in iron.  In most cases the cause will be something completely different. This is why it’s essential not to self-diagnose and speak to your GP or a specialist hair loss clinic who will be able to diagnose and hopefully treat the condition.

Worrying About Hair Loss Only Makes it Worse
Scroll to top