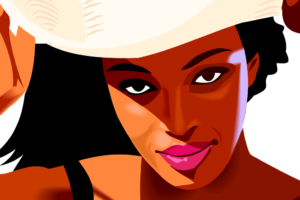 Hair loss is more common for women that a lot of people realise with up to 40% of women suffering from the condition by the time they hit their 40s.  Here, some top female stars talk about their experience with hair loss and how they dealt with it.

In Naomi’s case you could almost regard her hair loss as an industrial injury.  Traction alopecia, brought on by years of wearing hair extensions for shoots left her with several bald spots.  Fortunately, it’s now growing back in these areas after she’s made a concerted effort to take more care of her hair.

The American comedian used social media platforms to open up about her problem with androgenic alopecia.  Whilst more common in men the condition is hereditary and there really isn’t a cure, although there are treatments available.

The Sex and the City star noticed her hair was thinning when she wrapped the last season of the popular TV show.  Eventually she turned to voluminising products for which she eventually became an ambassador.  Another way of giving the appearance of added volume to thinning hair is Scalp Micropigmentation (SMP) which can help reduce the contrast between scalp and hair follicles.

As one of Hollywood’s A listers it’s surprising to find out that the Pirates of the Caribbean Star has been suffering from hair loss for years.  Her hair then grew back after becoming pregnant.  It’s normal for the hair to become stronger and healthier during pregnancy although sometimes there is a downside with the onset of post-partum hair loss.

Cut out the carbs for the sake of your hair health